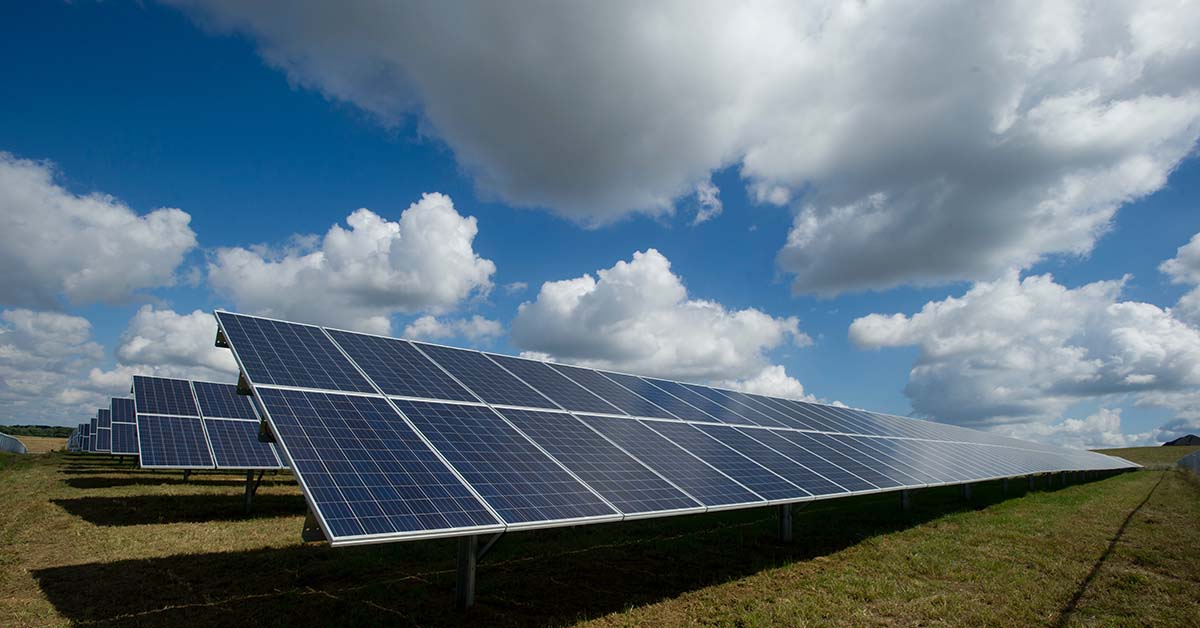 Energy is required for both urban & rural needs as well as for economic development. Energy generation and utilisation can cause a wide range of problems if not handled properly. Hence, energy producers & users share the responsibility to understand the source of energy we are dealing with, use it wisely, safely, effectively and efficiently.

Traditionally we relied primarily on fossil fuel (coal & gas) to generate electricity. These finite energy sources cause environmental problems which lead to pollution and associated health issues. Therefore, our energy problems that accumulated over the past decades require new thinking. We must not cease to attempt to develop clean sources of energy. We must keep in mind that squandering of existing non-renewable sources is going to cause more problems to future generations.

Renewable energy sources such as solar thermal, photovoltaic and wind are becoming more important than ever due to increasing electrical energy demand, dwindling fossil and biomass supplies, increasing pollution levels in suburban areas and the environment & consequences associated to global warming effects. It’s a natural law that for every action there’s a reaction.

Photovoltaic Benefits
(solar power) is more than another energy source. It’s an energy source that can reduce our reliance on depleting fossil fuel sources (such as coal & gas), reduce our electricity bills, create jobs and help revitalise sluggish local economies, and reduce pollution levels in the atmosphere.

Furthermore, there are other technical benefits of using photovoltaic in the electricity network such as voltage support and improved distribution efficiency. Studies showed that distributed generations such as Photovoltaic (PV) offer greater grid reliability at far less cost than central power stations.

In order to fully utilise the benefits of PV it’s important to realise the drawbacks. These are the intermittency of solar radiation which also varies by seasons and the need for energy storage (such as batteries) for use at night or in case of remote off-grid and rural applications such as water pumping. Proper PV system design and integration will definitely ensure adequacy and reliability of supply.

Strong Return on Investment
With Feed-in-Tariffs for photovoltaic (PV) systems offered by energy retailers, businesses may find that installing a PV system will save them thousands of dollars every year. Several studies showed that the return on investment (ROI) is better than 35% in most cases without batteries. As an example, a 30 kW PV inverter system will generate in its lifetime over 1 Million kWh, and taking into account output degradation over 25 years. This energy if purchased would cost over $275,000 at today’s prices. The cost of the system is currently under $35,000 giving a pay back period of around 3 years. Allowing tax depreciation on the PV equipment will further reduce the payback period. The solar system not only replaces electricity purchased from the grid, but also can generate some cash when selling excess electricity to the grid; paying for the service fees.

Consumers Large & Small
For large consumers (over 100,000 kWh per annum) customers can save greatly by lowering their maximum demand and consequently bringing their consumption to below 100 MWh. In such cases they convert to energy (kWh) charges only instead of the costly demand charges which run to more than $1000 every month without turning on a switch.

A 30 kW PV system with 32 kW PV panels make a good investment for businesses using more than 100 kWh/day during peak demand. A 10 kW system is most suitable for a daily load of 40 kWh. The most popular 5 kW PV inverter system with 6 kW PV panels will suit most residential customers.

Silent Power is available wherever there is sun.
Dr. Kame Khouzam

Commercial & Industrial Businesses are Reaping Savings from the Sunshine Any business investment MUST make you money or make your life easier. Installing solar does BOTH. Payback and return on Investment certainly stacks up in today’s environment. More and more businesses are discovering just how effectively solar drives down their outgoings. Large businesses with access…